Support the infinite wisdom of your body to heal itself.

My goal is to hold space for the integration, healing and empowerment of the individual to learn to trust the wisdom of their body, to listen to what is being expressed… so they can integrate and grow. I hold that everything that transpires in our lives is an opportunity for growth! Often the biggest challenges offer the biggest gifts.
Below are excerpts from my personal healing journey detailing how I was introduced to acupuncture/Traditional Chinese Medicine and the Resonation, sound and vibration therapy. 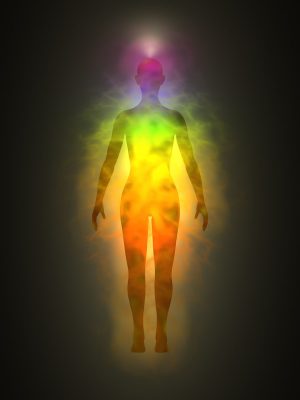 My body is my teacher...

I was introduced to acupuncture for my own health in the early 1990’s. I was experiencing recurrent ear infections. I had been prescribed multiple series of antibiotics and the ear infections would return every thirty days like clock work. My doctors were at a loss. I explored alternative health modalities and found an acupuncturist. After two visits the acupuncturist was able to identify a cyclical fungal infection that went dormant for a period and then resurged. After four treatments over the course of two months I was no longer suffering from ear infections. I was AMAZED, I had been suffering for two years and the acupuncturist addressed the situation in two months. This was the beginning of my recovery. I had lost a lot of health taking multiple doses of antibiotics. I was experiencing digestive upset, cycistits, Candida overgrowth symptoms, exhaustion, chronic yeast infection and wandering aches and pains in my joints and muscles. I was very susceptible to colds and flus. I was a young adult and felt like an old woman. The more I explored herbs and acupuncture the more I realized that supporting my body to heal itself was my only option. I was unable to tolerate and unresponsive to Western/Allopathic medical care. I am grateful for this turning point in my life and being open to trying something “different”; it carved a path for me to Traditional Chinese Medicine, a medicine based in sourcing the wisdom of your body to heal itself.

The gifts are often hidden in the challenges...

I was introduced to the sound and vibration work in 2003 when I was experiencing extreme low back pain and shooting sciatic pain down my left leg. I had constant chronic pain for months, and after six months of sleep deprivation from the pain I was at a loss. I had explored every modality I could learn about: chiropractic, Rolfing, massage, acupuncture, Sciaticare, cranial sacral… they all helped for a short period of time and then I was back to the intense pain level that dominated my life. Nine months into the journey I was unable to work, attend school, drive, sleep, stand or sit. My life felt over. I was feeling pummeled by this constant screaming nerve sensation. At the darkest hour comes the light. I chose to attend an acupuncture conference in San Francisco which was a bold move considering that I could not function – normal daily activities where extremely challenging. My intuition was strongly guiding me to the conference. While at the conference I attended a lecture with the founder of Acutonics, Donna Carey PhD., L.Ac. I knew as soon as the tuning forks touched my body that this modality would be a pivotal turning point in my recovery. Over the course of the next year I traveled to Colorado on four separate weeklong trips to study with Donna and learn the Acutonics system of healing. While on these courses I received regular sound and vibration therapy, and was able to integrate the resonation therapy and relax. As my nervous system slowed down and shifted to the parasympathetic, I began to heal. I am a different person from this healing journey. I gained many gifts from this period of time and one of them is the Resonation aspect of Resonation Acupuncture. The sound and vibration therapy based on the Acutonics system of healing has cultivated healing for hundreds of patients in my practice since I learned about it in 2003. It has been especially beneficial for those individuals who are so over stimulated that they are unable to integrate other healing modalities. Many of these individuals are not able to receive acupuncture when they first begin care but the Resonation Therapy is incredibly soothing and tips them into an upward spiral of recovery where they are able to begin healing. I hope these excerpts from my healing journey inspire you to remember that everything, including our health hardships, are an opportunity for growth. The biggest challenges offer the biggest gifts.
You are a catalyst for light and love.
May I know who I am and what I am, every moment of every day.
Material reality is only a small part of reality.
I hold onto my intent, not the facts.
Time, breath and thought stop and start together.
Believing is seeing.
My awareness defines my journey.
Don’t believe everything you think!
It is not your job to control which thoughts you have in the moment, only to wisely direct them as they appear.
I am dying at every moment so that I can keep creating myself.
You are the one you’ve been waiting for.
I plant the seed in my mind to take root in my heart.
All my thoughts are creative.
I assume the power, not just the responsibility for my life.
It doesn’t have to look a certain way before Love is present.
Attention is fuel to the fires of the mind.
Compassion makes life meaningful, and is the source of all lasting happiness and joy.
Forgiveness frees one to live in the Eternal Now.
Love is source and supply.
Enjoy expectancy beyond expectations.
I B-R-E-A-T-H-E deeply and slowly.
My intent is to bless and be blessed.
I mind my mind.
As above, so below. As within, so without.
Allow resonance with the consciousness of Love.
Dare to be conscious in all you do.
Be a pioneer of possibility
Embrace change and bear witness to your spiritual evolution.
Only light can dispel the darkness.
Welcome an attitude of gratitude.
You are a blessing and a healing influence on this world.
Allow infinate supply, well being and joy.
In this very breath, I accept peace.
Love is always speaking, if you listen…
Allow goodness to be your deepest intent.
Fear (False Evidence Appearing Real)
Listen to the silence.
Have courage to live your vision
Infinite possibilities are available in every moment.
Enjoy giving expression to your creative potential.
Within us is always that Peace which is forever listening and open-minded.
May your joys be as deep as the ocean, your sorrows as light as it’s foam.
Your consciousness creates your universe.
I feed my subconscious daily
Align with grace and ease